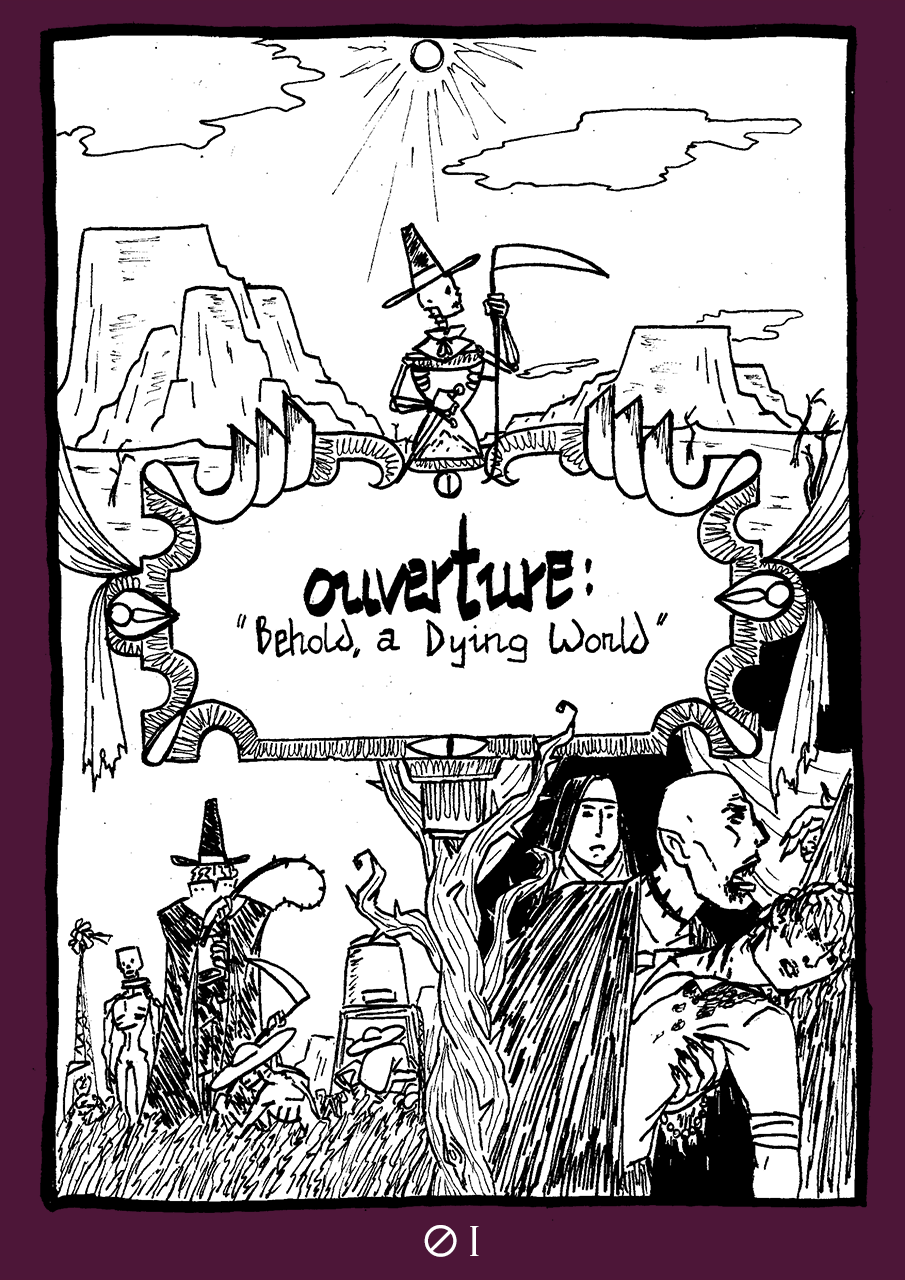 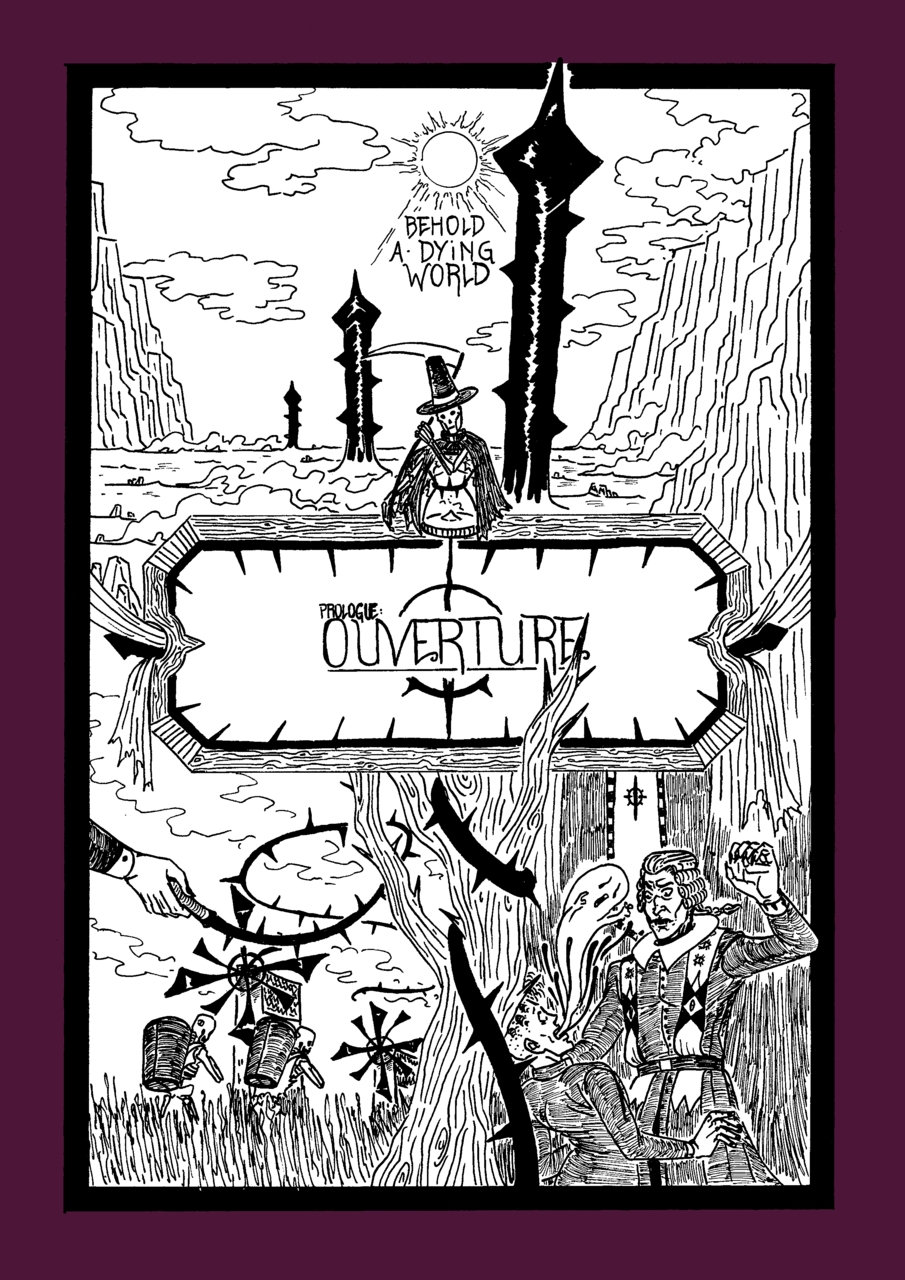 when revisiting this page, i wanted to keep everything basically the same but drive the point further home that Norra is a land that has been thoroughly killed by the vampire church. therefore you can now see Soul Stakes littering the landscape literally piercing the planet's crust - or are they growing *out* of the Earth as extensions of the thorn bush holding up the sign? only time (i.e. Chapter IX) will tell...

across the new version the symbol of the church (the Ring of Nails) is more prominently featured, but a keen observer will also be able to spot the Glyph of Life (most recently making an appearance in Chapter VIII) - it's been there from the beginning, even in the old version, although slightly smaller and less defined... can you find it?

the pastoral scene has been simplified a little, mostly to make room for a fun little windmill design i came up with! the blood draining scene has been changed to something that fits the later chapters a little better, with Savounarola II. from Chapter VI stealing the Soul of a person instead of a random vampire biting them - which one do you think establishes the mood better?

finally, the reaper and the hourglass now properly show the dark thorned bond of Necromancy sealing the hourglass shut, staving off Death.